The underdogs of the USL ruled on day one of the Third Round of the Lamar Hunt US Open Cup, but the Seattle Sounders and the Houston Dynamo each earned wins on Wednesday to level the tournament with four MLS teams and four USL teams in the Quarterfinals. For the second year in a row, the USL will have at least one team in the Semifinals.

The Houston Dynamo defeated the Austin Aztex 2-0 on Wednesday to set up a date with the Charleston Battery next Tuesday at Blackbaud Stadium. This will be the third year in a row that the Battery and the Dynamo square off in the Open Cup with Charleston eliminating Houston in both years.

The nightcap of the first day of the Third Round turned out to be arguably the most exciting of them all. Six goals, including two in extra time, weren’t enough to settle this battle between the Kansas City Wizards and the Minnesota Thunder, so in penalties, the Wizards emerged triumphant as Boris Pardo made two saves to lead Kansas City to the Quarterfinals. 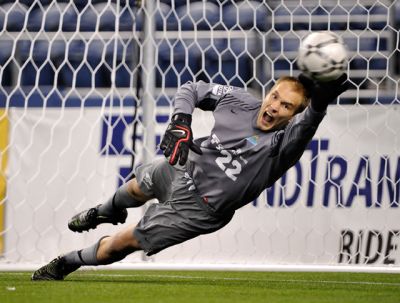 Seattle Sounders goalkeeper Chris Eylander was a unanimous selection as the TheCup.us Player of the Round for the Quarterfinals. The award was voted on by the TheCup.us staff and members of the North American Soccer Reporters.

Eylander was challenged for the award by Jamie Moreno of DC United, along with goalkeepers Doug Warren of the New England Revolution and Eric Kronberg of the Kansas City Wizards. 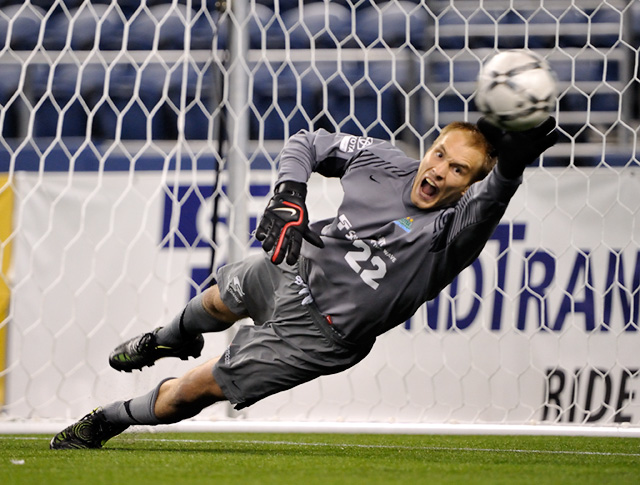 With the steady hands of goalkeeper Chris Eylander leading the way, the Seattle Sounders are on their way to a second straight US Open Cup Semifinal appearance.

The Kansas City Wizards traveled to Cary, North Carolina to meet the Carolina Railhawks in what proved to be an evenly fought game with the fans getting their money’s worth.

The Wizards started strong but it was the Railhawks that took control of the first half and got on the board first with a 43rd minute goal by Santiago Fusilier after a nice volley by Ryan Solle. Matthew Watson added to their lead at 57 minutes with a fine strike to beat goalkeeper Eric Kronberg.