Who holds the Second Round attendance record for the Modern Era of the Lamar Hunt US Open Cup? How many Open Division teams have won Second Round games? What was the most lopsided game? We have all of those answers and much much 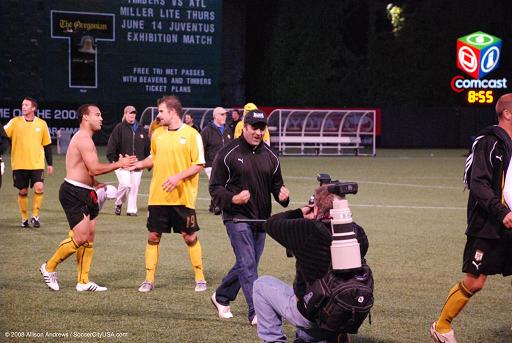 The Professional Era’s greatest First Round upset came in 2008 when Hollywood United, the USASA Region IV qualifier from California, traveled to PGE Park in Portland Ore. and knocked out the Portland Timbers 3-2. Hollywood United trailed twice during the match, but each time they trailed, Matt Taylor would convert a penalty kick to tie the game back up. With the score level at 2-2, Earl Alexander scored a 90th minute goal to send United to the Second Round and left Portland fans stunned. It was only the second time in the Professional Era that a USASA team has defeated a USL First Division team, and the first time that a USASA team had upset a USL-1 team on the road.