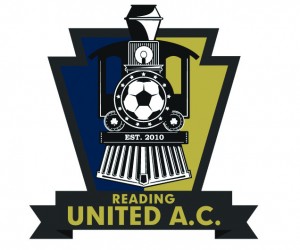 Sometimes a little bit of patience and a little bit resolve goes a long way. After going down a goal early against Christos FC in their Lamar Hunt US Open Cup First Round match, Reading United AC buckled down and went to work. Thanks to a second half goal and five successful penalty kick strikes, Reading ousted last season’s Cinderella 5-4 in PKs.

Reading United, one of the powers of the Premier Development League (PDL), are making their 10th consecutive appearance in the US Open Cup, which is the Modern Era’s longest qualifying streak of any open division team in the country.

After such an enthralling run last during last year’s Open Cup one might expect Christos FC to have a bit of a hangover. Instead the club took the game right to Reading’s defense using their size in the final third to open up play. It paid off in just the 4th minute when midfielder Tyler Rudy found space deep inside Reading territory. He made the most of his chance, hitting a low effort past goalkeeper Bennet Strutz to give his side the 1-0 advantage.

Despite going down early, Reading resisted the urge to pack it in and instead forced Christos into a defensive posture. The Reading attack focused on opening up space down the right flank with midfielders James Merriam and Khori Bennett creating space against the Christos defense. Merriam would go directly at Christos centerbacks Malcolm Harris and Larry Cornish, then hit Bennett on the outside. The move nearly paid off in the 29th minute when Bennett found some space to the right of goal and hit a low, pacey shot on target. While the effort was close goalkeeper Phil Saunders was more than up for the task making the diving save to preserve the advantage.

Saunders would be tested again in the 37th minute when midfielder Alexander Lipinski hit a dangerous chances at the top of the eighteen yard box. Reading would have another chance just before halftime to even things up on a set piece chance from Aaron Molloy. His low curling effort made it into the box but was cleared away by Malcolm.

In the second half, the Reading coach made an early tactical shift bringing in Sebastian Hauret in the 56th minute. The move paid off for the Pennsylvania-based side as he made a darting run down the right flank just minutes into his appearance. His pass inside found forward Kieran Roberts inside Christos’ eighteen. He made the most of his chance hitting a low shot past Saunders to tie things at 1-1.

The remainder of regulation would find the two sides working from the outside inwards, hoping for a little space and a bit of luck. Reading nearly struck first with Hauret in the 83rd minute turning around Joseph Glos and hitting a shot with some pace. But Saunders was up for the challenge easily catching the ball, making the save and ending the chance.

Jimae Merriam had perhaps the best crack at goal for Christos in the 90th minute with a thunderous crack from right at the eighteen. His shot appeared to be beyond the grasp of Strutz but also just went over the bar, sending the match to overtime.

While extra time provided some interesting moments the deadlock remained and penalties were needed to decide things. In penalties the two sides would trade goals throughout the final round with Chris Panian of Christos FC would have his attempt saved and Kieran Roberts of Reading sealing things up with their fifth and final kick.

With the shootout win, Reading advances beyond the opening round for the seventh year in a row. United moves on to the next round of US Open Cup play where they will take on the USL’s Richmond Kickers next Wednesday at Alvernian University at 7 p.m. EST.