On Sept. 20, Sporting Kansas City will host the 104th US Open Cup Final at Children’s Mercy Park. They are expecting a sell-out crowd as the club is aiming to win the club’s fourth Open Cup title in as many attempts. If they win, they will be just the eighth team in history to lift the trophy four or more times.

They are shooting for a third title in six years, but the one that got it all started was the first one in 2004.

The 2004 team, then named the Kansas City Wizards, took the Chicago Fire to extra time and won with a historic golden goal at Arrowhead Stadium. Nearly 9,000 fans at Arrowhead Stadium watched the Wizards win the 2004 US Open Cup title on an Igor Simutenkov free kick in the 95th minute. It was the last golden goal ever scored on the planet (in a FIFA-sanctioned event) and it gave the Wizards their first Open Cup title. It also made them the first Missouri-based club to win it all since Busch SC lifted the trophy in 1988.

The run to the Final started on the road at DeKalb Memorial Stadium in Clarkston, Ga. as the Wizards took on the A-League’s (Division 2) Atlanta Silverbacks. After former MLS MVP Alex Pineda Chacon answered an early Davy Arnaud goal to send the game into halftime tied at 1-1, the Wizards came out firing in the second half. Arnaud, who would scored his second in the 52nd minute and then assisted on Francisco Gomez’s tally two minutes later. Diego Gutierrez put the game away with a goal in the 81st minute as the Wizards advanced by a score of 4-1.

Despite the one-sided scoreline, the Wizards’ goalkeeper that day, Tony Meola said it was a tougher game than it looked like on paper.

“The game was played on a smaller field,” said Meola, who was replaced by Bo Oshoniyi in the 71st minute to give the backup some important playing time. “They dumped a lot of balls into the box and it was a physical battle the entire game.”

The win extended Kansas City’s unbeaten streak in all competitions to nine games (7-0-2).

The Wizards returned back to Kansas City to host their Quarterfinal match with the Dallas Burn. It was a battle between two teams owned by Lamar Hunt, whose name graces the official name of the tournament itself. The team was returning to play at the Blue Valley District Activities Complex in Overland Park, Kan. for the first time since 2001.

For the Wizards, their owner made the game a little more special.

“There was a little more on the line since it was a team that Lamar Hunt was associated with,” Meola said. “I don’t know if it was so much of an overall club initiative, but I know that Bob Gansler said ‘Hey, we’ve really got to take pride in this tournament,’ and everybody bought in because it was an opportunity to put a trophy in the case.”

After a scoreless first half, it was the hometown Wizards who exploded in the second half. Just like their last Open Cup match, they scored a pair of goals early in the second half, this time from Chris Klein and the other from Arnaud, his third of the tournament which was tied for second in the comepetition. Former Notre Dame star and Wizards rookie Justin Detter added a third in the 73rd minute before Alex Zotinca put the game away in the final minutes to give Kansas City a 4-0 win. It tied the club record for most lopsided win in the tournament. On that same field back in 2001, they thrashed the A-League’s Seattle Sounders in the Second Round by the same scoreline. Meola made seven saves to earn his fifth career Open Cup shutout.

With schedule congestion, the US Open Cup can create opportunities for young players looking to prove themselves in a competitive game. That year, youngster Jack Jewsbury was one of those players and he made his tournament debut against Dallas. 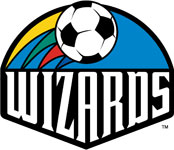 “For my first Open Cup game – a lot of the Open Cup games for young guys are opportunities, where maybe you’re not playing league games, and it gives you a chance to make your mark with the first team,” Jewsbury said. “For me, even though that was a long time ago, it’s a positive memory, because it’s the first time I got an opportunity in the Open Cup and it was pretty special in terms of us making a run.”

The win put the Wizards in the final four where they hosted the San Jose Earthquakes, who were also seeking their first Open Cup title.

More than 2,000 fans (near capacity for the small stadium) made the trip to Overland Park on a Tuesday night and many of them held their collective breath as Meola injured his achilles during warm-ups, which brought Oshoniyi off the bench to start the game. The veteran, who made his first Open Cup start in 1995 with the A-League’s New York Centaurs, performed well as he only had to make two saves to earn the clean sheet in a 1-0 win. Simutenkov was the hero for the Wizards, scoring a penalty kick in first half stoppage time after Josh Wolff was taken down in the box. It was the only goal of the contest as the Wizards defense was the story of the game. The backline of Jimmy Conrad, Taylor Graham, Nick Garcia and Jose Burciaga Jr., along with midfielders Kerry Zavagnin and Diego Gutierrez, held Landon Donovan and the Quakes offense to six shots. The situation was made worse for San Jose as Brian Ching had to exit the game in the seventh minute when he was injured on a challenge by Conrad.

After getting past the Earthquakes, the Wizards hosted the US Open Cup Final at Arrowhead Stadium against three-time Open Cup champion (1998, 2000, 2003), the Chicago Fire. The Fire and Wizards had some history between them as the two teams squared off in the 2000 MLS Cup Final where the Wizards’ top defense shut down the Fire’s top offense to win the club’s first championship, 1-0.

The question coming into the Open Cup title game was whether or not Meola, who was the MVP of that 2000 MLS Cup Final, would be able to play for Kansas City. He hardly trained at all leading up to the championship game, giving his injured achilles as much rest as possible so that he could be ready to go.

When the starting lineups were announced, Meola’s name was there, but he would admit that he was “really hurting” during the game. The Wizards would reach the MLS Cup Final later that year, and Meola’s achilles injury would be too much to play through and he was unable to suit up in the title game, which they lost to DC United.

Luckily for Meola, whose mobility was limited, the defense in front of him made his job a little easier. The US international only had to make one save against the Fire, but at the same time, Kansas City was unable to get on the scoresheet either as both teams played 90 minutes without a goal.

“It was a tough game. The field wasn’t in the best condition,” said Wizards midfielder Kerry Zavagnin. “I know it was well into the football season. Anytime you’re playing a final, no matter what you’ve done leading up to that, the game always carries out in a very different manner. We have since seen this in the 2013 championship and even looking back on our 2000 championship, that defense is the key to winning and certainly that game proved it as well; the defense held up strong and we got a good goal from Igor.”

Five minutes into extra time, Simutenkov finally broke the deadlock, and just like the Semifinals, the opportunity was created by Josh Wolff. Wolff was fouled just outside the penalty area, setting up a free kick from about 19 yards out. Simutenkov slipped the resulting free kick around the wall and Fire goalkeeper Henry Ring could only get a finger to the shot before the ball redirected just under the crossbar and into the back of the net.

“ was a very technical player and he had done that time and time again at training, so it wasn’t something uncharacteristic for him,”  Zavagnin said. “We were happy for him and certainly happy for us that he came through at a very important time.”

The Russian’s goal in the 2004 Final, coupled with his penalty kick against the Earthquakes in the Semifinals, earned him the status of the Wizards’ all-time leader in Open Cup goals. His five goals in five games – one in 2002, and two each in 2003 and 2004 – stood as the highest goal total until Dom Dwyer scored his sixth career goal in 2017.

“It’s funny because, in retrospect, we thought that there were a lot of people at the game and it was loud, but it was probably less than 10,000 people (8,819 was the announced attendance),” Zavagnin said. “But for us, it meant everything. It was a good moment in the club’s history. Anytime you can win championships – those are the years that you remember. Both 2000 and 2004 are the two memories I have of playing really. It was a special night for the club and me personally.”