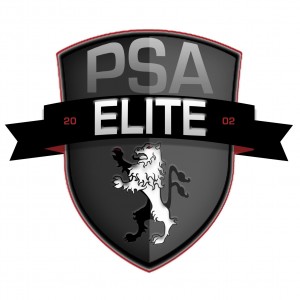 The $15,000 match was decided by dueling substitutes Wednesday night at the Ventura College Sportsplex.

But Justin Dhillon answered with an 80th-minute winner seconds after coming on as a substitute to lift the United States Adult Soccer Association club PSA Elite to a 2-1 win in the Third Round of the Lamar Hunt US Open Cup.

The Irvine, Calif.-based club advances to a Fourth Round showcase against Major League Soccer champion Los Angeles Galaxy on June 17 at the Stubhub Center.

It also earned US Soccer’s prize money as the top amateur side in the competition.

“From back to front, they’re a quality team,” Ventura County captain Javan Torre said of PSA Elite. “They have plenty of (youth) national team experience, plenty of ex-professionals. They did well together and they hung onto that win.”

Three of the five amateur clubs left in the tournament entering Wednesday were based in Southern California. After the Jersey Express and Chattanooga FC were eliminated earlier in the day and Chula Vista FC fell behind early, US Soccer’s $15,000 may as well have been pushed into the center circle.

Both clubs were all in.

The matchup pitted collegiate teammates against each other. Ventura County’s Torre, Abu Danladi and Jordan Vale rode north to the match from UCLA with PSA Elite’s Chase Gasper and Nathan Smith.

“That just goes to show you the higher level it is,” Ventura County midfielder Matt LaGrassa said. “I think both teams did a good job limiting chances. We turn off for one second and they find the game winner on us.”

The Fusion enjoyed most of the possession, but PSA Elite carved out the better chances during a balanced first half. Will Lopez split the Fusion defense, but left his cleaver chip wide of the Fusion goal in the 12th minute. Seven minutes later, Michael Salazar nearly caught Ventura County’s Justin Vom Steeg off his line, but the future UC Santa Barbara goalkeeper made an excellent diving save.

Ventura County’s best save of the first half followed in the 29th minute. Set up by a pretty feed from UC Santa Barbara star Ismalia Jome, striker Javier Castro spun a 18-yard bid just wide.

The breakthrough came in the 39th minute, when PSA Elite midfielder Mats Bjurman converted from the penalty spot after Ventura County defender Michael Mercado handled in the penalty area.

Chasing the game at the break, the Fusion turned to Danladi, whose second half stoppage time goal had upset LA Galaxy II in the second round.

The 2014 Gatorade National Player of the Year nearly equalized inside four minutes, but his rebound chance from yet another Hamilton save came from too tight an angle and it fluttered agonizingly wide.

The Fusion finally drew level three minutes after Adam was introduced as a substitute in the 69th minute.

Kim’s free kick found the head of defender Sola Abolaji. After Hamilton dove to swat Abolaji’s header away from the goal line, Adam raced forward to slam the rebound into the net.

PSA Elite responded eight minutes later, off a seemingly harmless free kick on its own side of the field.

Dhillon came on the field and immediately converted the winner after Salazar took down a long ball forward that eluded the sleepy Fusion defense.

“I think we were trying to push for a win ourselves,” Torre said. “We left ourselves a little exposed.”

The Fusion had one real chance for another equalizer, but LaGrassa’s header crashed against the crossbar after Kim sliced open the PSA Elite defense with a through ball to Julian Zamora.

“Just one of those days,” LaGrassa said. “I hit the crossbar. We miss an open net. We had a penalty appeal (turned down) in the second half.

It’s frustrating, but they’re a good side.

“Credit to (PSA Elite). I think they’ll do well in the next round.”