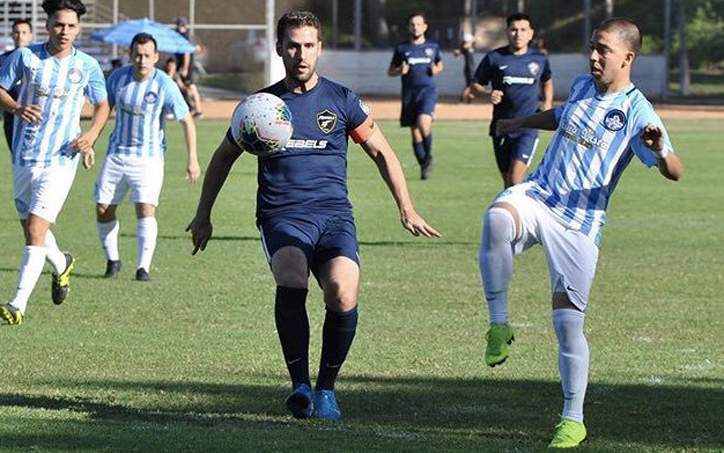 Less than a week after the teams had been announced for Lamar Hunt US Open Cup Qualifying each one now knows when they’ll play their first game. The United States Soccer Federation announced the first round match-ups for next month’s Open Division Local qualifying tournament for the 2022 US Open Cup.

The teams that are taking part in the competition are mostly amateur — although there are no rules limiting professional teams from participating — and represent 17 different states and the District of Columbia (23 different leagues). For the sixth year in a row, the most represented league is the United Premier Soccer League (UPSL), which entered 30 teams.

The 92 teams have been separated into four regions (East, Southeast, Central, and West) and will now compete against other teams within their region. Unlike in previous years, USSF is making two regions go through an additional round. Both the Southeast and West regions have a high number of teams participating, 18 and 24 respectively, and both will have two First Qualifying Round matches next month. They’ll finish their qualifying tournament with a fourth round in mid-December.

The other two regions, East and Central, will only have three qualifying rounds. However US Soccer is calling the first games of their tournaments the “Second Qualifying Round”. This means their fourth round (aka third match and final matches) will take place in November.

The number of slots (teams advancing to the tournament proper) for each region is as follows:

The 11 advancing local qualifiers will join 2022 National Amateur Cup champion Lansdowne Yonkers FC in the first round proper. With this new information, TheCup.us is now projecting in the range of 30 to 32 Open Division slots. NPSL and USL League Two (USL2) are projected to receive either 9 or 10 slots depending on what the final total is.

The cancelled 2020 tournament had 38 Open Division slots. The continued expansion of MLS, both USL professional leagues, and NISA will end up bumping out some Open Division teams. This could potentially be fewer than the 32 Open Division slots for the 2019 US Open Cup. Any adjustments to the Open Division total slots will be adjusted in the NPSL and USL League Two pools. Local Qualifying pool is locked in to these 11 slots plus Lansdowne Bhoys’ berth. This will be finalized in early January 2022 after the professional team entry deadline of December 31.

The Open Division Local Qualifying tournament was launched in 2016 as an alternative to holding state and regional qualifying tournaments. Now, all teams from any US Soccer-affiliated leagues just need to register. The competition begins in the fall and all entrants are divided up regionally to minimize travel, with the teams that advance the furthest qualifying for the Lamar Hunt US Open Cup which will begin in the spring.

The match-ups for the opening round of the qualifying tournament are listed below:

Second Round Byes: None

Second Round Byes: None