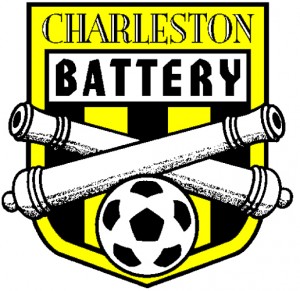 The USL’s Charleston Battery struck for two goals in a span of three minutes, including the game-winner in the 80th minute by Dane Kelly, to rally for a 3-2 win Wednesday over the NASL’s Fort Lauderdale Strikers at Blackbaud Stadium.

Fort Lauderdale, poised for pull out the victory on the road, looked like the more dominant team to start, coming up with the bulk of possession and sought to create chances.

The Strikers opened the scoring in the sixth minute as Charleston defender Forrest Lasso slipped on the pitch, allowing Daniel Sanchez room to work. He found Bruno Nunes, who scored to lift the Strikers to a 1-0 lead.

But Charleston got it back in the 30th minute. Navion Boyd crossed the ball to Ricky Garbanzo, who settled it and struck it past David Meves to pull his team level.

But 11 minutes later, Fort Lauderdale regained the lead as a ball played outside the box by James Marcelin found Sanchez, who hit it cleanly past Odisnel Cooper to break the deadlock.

“I thought we respected (Fort Lauderdale) too much at the beginning of the game,” said Charleston coach Mike Anhaeuser. “Today, we kind of sat back. They were passing it, they moved the ball, they made the space and made us defend for 35, 40 minutes in that first half.”

Charleston, though, had numerous chances to tie it up in the second half, none better than a 52nd minute corner headed right on toward the net that was somehow dug out by Meves.

The Battery broke through on a textbook cross by Dane Kelly to Zach Prince in the 77th minute to tie it, then they took the lead in the 80th minute on a picture-perfect pass by Ricky Garbanzo to Kelly.

The Strikers had a dangerous opportunity in the 84th minute to knot it up once more but the Battery defense did away with the danger and preserved the victory and hand the Strikers their third straight tournament loss.

“You’ve got to commend the guys,” Anhaueser said. “We just didn’t want to go down 3-1 and our defense did a nice job in that game.”

For Kelly, it was his sixth career Open Cup goal. He has scored in five straight Cup tournaments, which ties a the Modern Era record.