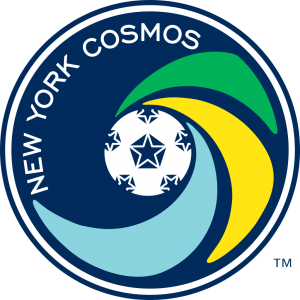 It’s always great to see a Cinderella story in the US Open Cup, but today at Belson Stadium, the sheer quality of the New York Cosmos ended one such storyline with a rout of the Jersey Express of the PDL.

From the start, the Cosmos dominated possession and continuously pressured the Express’ backline. The Cosmos high tempo offense led to many opportunities, three of which ended in the back of the net. Interestingly enough, the Cosmos accumulated 15 corners throughout the game, compared to Jersey’s zero. This stat barely shows the one-sided nature of the match.

The scoring started off in the 14th minute when Leo Fernandes blasted the ball into the back of the net off of a free kick and continued in the 40th minute when Guenzatti beat two defenders off of a brilliant pass by none other than Fernandes.

Throughout the match, it was quite obvious the Cosmos were playing an aggressive style of soccer, picking up four yellow cards and a red card. The red card in particular was very odd to see. In the 90th minute when the game was already sealed up, Samuel Caceres obtained a completely unnecessary second yellow card, leaving his team going into their Fourth Round match with NYCFC without him.

Even though the Express did not succeed on offense tonight, there were some fantastic saves by their keeper throughout the night. If not for Matthew Mahoney’s valiant effort in the net, the score could easily have been 6-0 or 7-0.

The hands down player of the match is the Cosmos’ Leo Fernandes, with a goal and an assist and a solid all around performance. Fernandes and the rest of his teammates will be looking forward to their June 12th match against NYCFC(MLS), the first meeting between the two New York sides will be very exciting to watch. After speaking with Cosmos head coach Giovanni Savarese, it is clear that while there is a different atmosphere around a derby match, the Cosmos will not get distracted and will continue to play their game regardless of the stature or location of their opponent. You can correlate this attitude towards the match to the “winning environment” Savarese is trying to create, where regardless of the importance of the match, you play to win.

This mentality will surely be important to the Cosmos in the short term, and will surely reap its benefits in the long run.