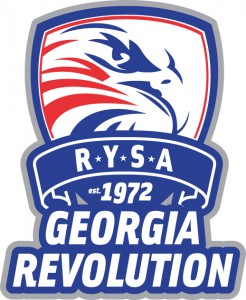 It was a game of two halves as the Georgia Revolution held off a thrilling comeback from the Real Colorado Foxes and advanced to the next round of the US Open Cup with a 4-3 win. The Revolution will host the Atlanta Silverbacks for the 2nd year in a row in the 100th edition of the tournament.

The Revolution held a 3-0 lead at halftime following a standout performance from Ghanian forward Kwadwo Poku with two goals an an assist.

His first goal came in the 15th minute with a strike in the top right corner and it was assisted by Rene Enang.

In the 40th minute, Poku assisted an Emeka Maduka goal slotted in the bottom right corner.

Minutes later, Poku put the Revs up 3-0 in the 43rd minute on an unassisted goal where he stole the ball from the Foxes back line and slotted through on a breakaway.

In the second half, the Revs were on the scoreboard first and it was yet another unassisted Poku goal. The hat trick was complete as he put the Revs up 4-0 in the 56th minute and they looked set to cruise.

The Foxes would have other plans, and Alex Tarnoczi made the score 4-1 in the 63rd minute on a shot that was deflected in.

One minute later, the game was on with yet another Colorado goal, this time scored by Chris Salvaggione assisted by Aaron Skipworth and that cut the lead to two.

The comeback continued with another Foxes goal, this time Skipworth converted on a headed cross from Luigi Clendening in the 79th minute. Now the score was 4-3 and the Foxes had 11 minutes plus 3 minutes of injury time to equalize.

The neutral fan would have loved some extra time, but the final whistle ended the match with the Revolution edging out the Foxes, 4-3.

The player of the match was undoubtedly Poku, who contributed to all four goals. For the Foxes, the substitute combination of Skipworth and Clendening in the 56th minute changed the match as they combined for a goal and two assists.