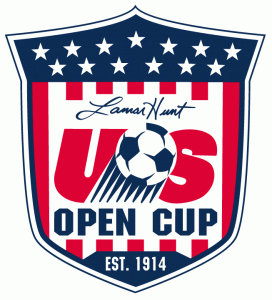 When the United States Soccer Federation unveiled the revamped format for the 2012 Lamar Hunt US Open Cup, fans were treated to news that the 99th edition of the tournament would be getting a makeover. Among the changes, the competition would be more compact, there would be a Modern Pro Era record number of teams (64) that included every professional level team in the country, and what many viewed as a more fair process in determining who would host Open Cup games.

New details have emerged on the hosting process for the tournament which go into effect this year, according to a copy of the 2012 US Open Cup handbook acquired by TheCup.us. The handbook, which is distributed to participating teams in the tournament, lays out the requirements for teams to host games.

Prior to this year, home teams were determined by a sealed bidding process where each club submitted financial bids to the USSF and if the venue standards were met, the team with the highest bid were awarded the game. (Read a detailed report of the process HERE)

In 2012, a new system has been put in place where, in the first two rounds, if both teams meet the minimum venue standards, then a blind draw will determine who will host the match. The only consistency throughout the competition is the host team must pay the federation 15% of the gross gate receipts above $100,000. In Round 3, when Major League Soccer teams join the tournament, the same procedure will be followed, except that the host will also pay a flat hosting fee of $12,000 in advance of the match in addition to the potential 15% if they reach the $100k mark.

The Semifinals and the Final will continue to utilize the sealed bid process from previous years.