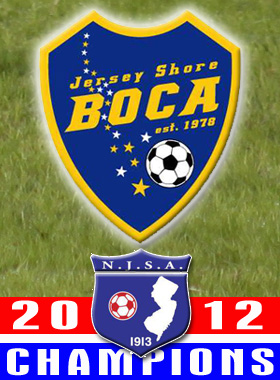 For the first time in the Modern Pro Era (1995-present), the state of New Jersey will have a representative in the Lamar Hunt US Open Cup, but one would imagine this isn’t how they wanted it to happen.

After losing their “Win & You’re In” USASA Region I match against the New York Greek American Atlas, Boca had a second chance to get in to the Open Cup by squaring off against the other semifinal loser, the Maryland Bays in the third place match.

Jersey Shore were scheduled to host the match on Sunday, April 29, but TheCup.us has learned that the Maryland Bays have withdrawn from the match. Bays manager Bryan Bugarin was disappointed to pull out, but a combination of injuries and player availability, he said, would not allow him to field a full squad. Bugarin says his club will “definitely be back” next year as the Bays will attempt to become the first team since 1997 to win three straight Maryland Open Cup titles.

Boca are the first New Jersey team to qualify since 1995, and according to TheCup.us records, the last USASA team from the Garden State to participate in the Open Cup was FC Porto in 1993.

Normally each of the four regions is given two Open Cup berths, but this year the USASA was allowed nine places by  tournament organizer US Soccer Federation. It was decided that since more teams attempt to qualify from Region I than any other region, they would be awarded that extra spot.